Presidential election years attract investors’ attention because of the belief that the election process and outcome can influence the equity market. However, it is worth considering the impact the economy has on elections.

Here is a walk through the historical patterns related to economic and stock market conditions surrounding the U.S. presidential election cycle since 1950. With it being 2020, this report will focus on the fourth year of the election cycle.

What is Going on Currently in the Election Cycle

The formal presidential election process begins with the Iowa caucuses on February 3, 2020, as the Democratic and Republican parties head toward their respective nominating conventions in Milwaukee, Wisconsin (Democratic) and Charlotte, North Carolina (Republican). Nothing will be decided by the end of February, as the delegate count from four states holding Democratic primaries or caucuses (Iowa, New Hampshire, Nevada, and South Carolina) is small relative to the total needed to secure the nomination. 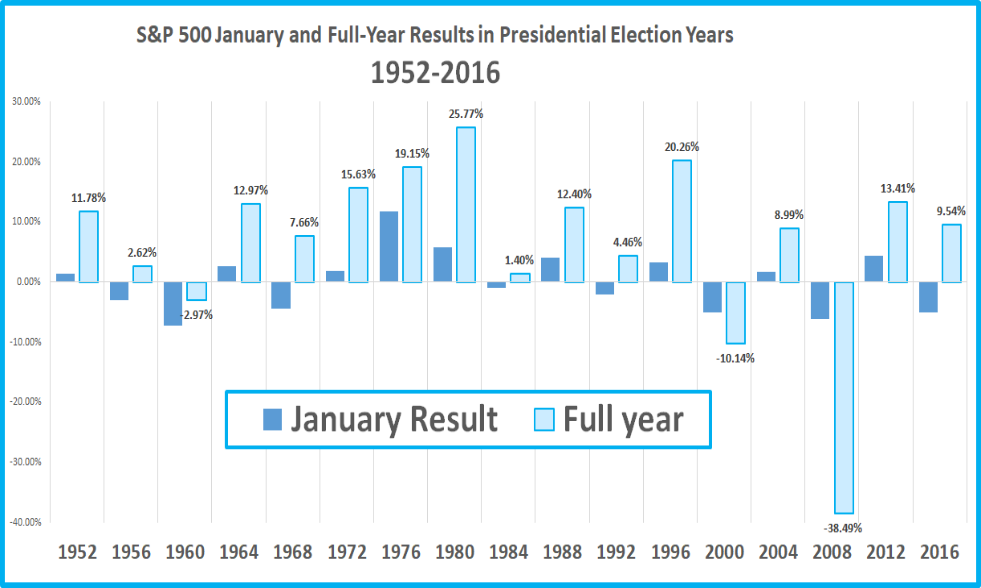 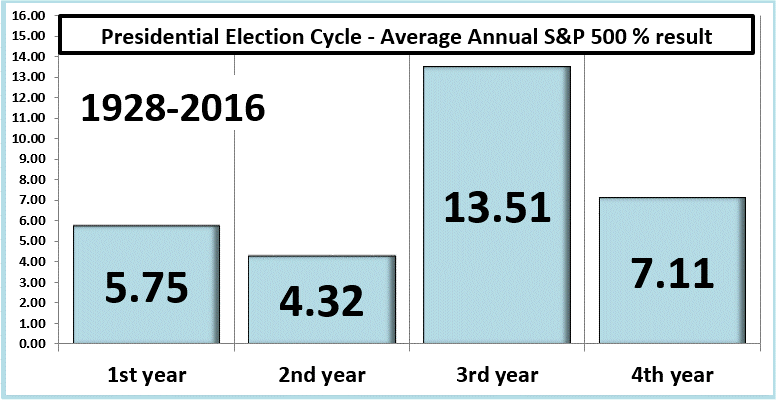 The cliché, “as January goes, so goes the full year,” has a credible history of relative accuracy, but it does not apply as well in election years. For example, during the 17 presidential election years since 1952, the S&P 500 has posted a January gain only nine times. However, the S&P 500 ended the full year higher 14 times, and the full-year result was better than the January result 15 times, which would seem to bode well for the market this year as the S&P 500 started 2020 with a solid January gain.

A forward-looking mechanism, the stock market will soon begin focusing its attention on what comes after the election.

The S&P 500 has fallen in the year after the election seven times since 1950. 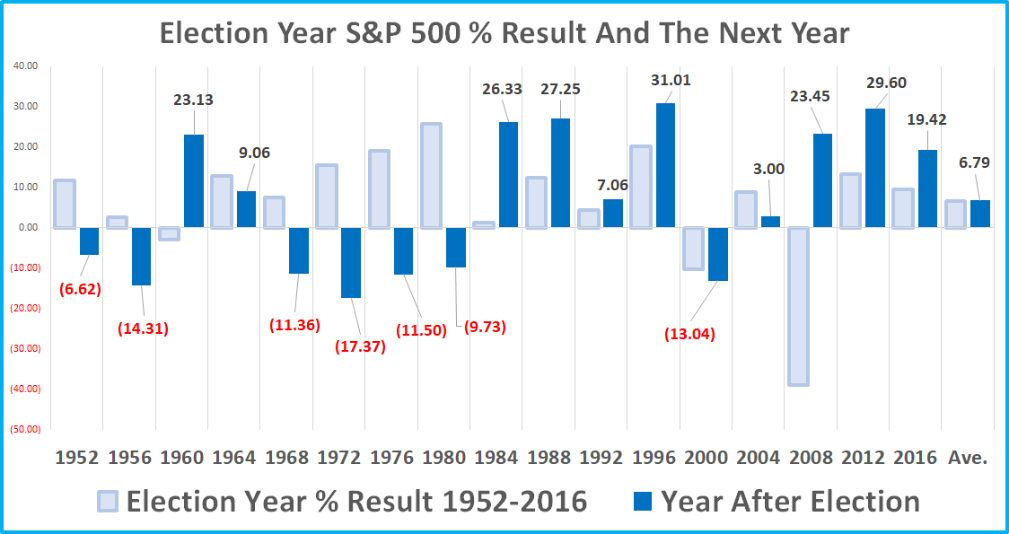 Likewise, the most recent streak of post-election gains (2009 through present) coincided with a broadly improving economy as the impact of the Great Recession faded.

The influence of the economy in an election year was highlighted in 1992 by political operative James Carville who coined the phrase—“The Economy, Stupid”— to focus President Bill Clinton’s campaign workers on the key aspect of all presidential elections. 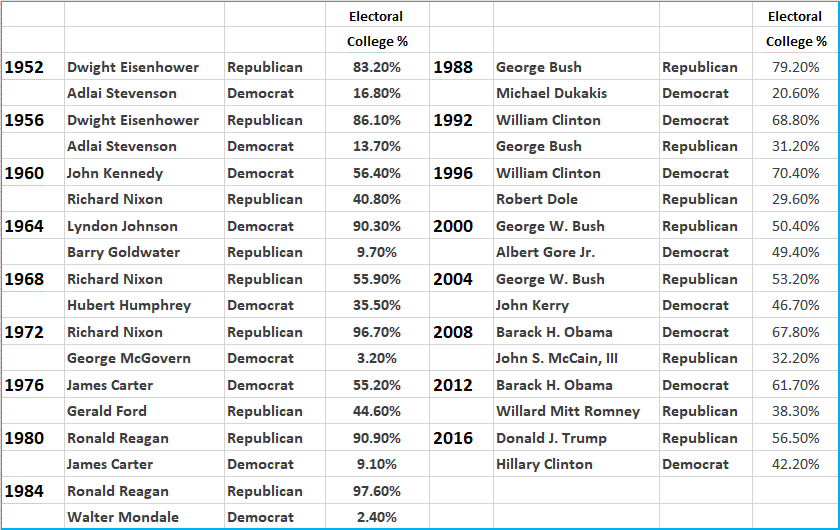 Republican President Dwight Eisenhower achieved an overwhelming electoral college majority (86.10%) in his 1956 re-election bid, but his party ceded White House control in 1960 when the economy slumped and President John Kennedy ushered in his “New Frontier” proposals.

The Democratic Party retained White House occupancy in 1964 as the economy was in the midst of a strong expansion, but the looming 1968 election marked the end of the postwar economic boom.  This and increasing malcontent about the Vietnam War led to the Republican Party wrestling White House control from the Democrats.

Stable prices, a high real growth rate, and good employment conditions accompanied Nixon’s election in 1968. In addition to the political turmoil that led to Nixon’s resignation in 1976, the economy was bludgeoned by rapidly rising gasoline prices that led to the Republican Party’s loss of the White House even though the economy appeared to have shaken off the effects of the 1973-1975 recession.

Democratic control of the White House did not last long.  In 1980, President Jimmy Carter was victimized by a deep economic slump. President Ronald Reagan won election with a 97.60% electoral college majority.

Republican control of the executive branch continued until 1992. A major economic slump and the savings-and-loan crisis in the 1990-1991 period swept Democrat President Clinton into the White House. Clinton’s re-election was bolstered by one of the nation’s strongest periods of growth as technological advancements drove the economy through most of the 1990s.

The dawning of a new decade, however, found the U.S. again facing a recession that led to the Democrats losing control of the White House. The recovery from the 2000 recession helped President George W. Bush’s re-election in 2004, but by 2008, the Great Recession led to President Barack Obama’s election. Although Obama’s two terms coincided with the economy recovering from the ravages of the recession, the extremely slow rebound led to the Democrats losing the White House to President Donald Trump in 2016.

As clear as economic data are relative to their influence on presidential elections, other election factors can exert major influence on the stock market. Once the Democratic primaries narrow the candidate field, particular after “Super Tuesday” on March 3, 2020, future Janney election reports will delve into the mix of party control of the White House and the two houses of Congress as well as how the equity market has fared under various legislative and White House regimes.

For reference, S&P 500 results in previous election years as well as dates for the various primaries and caucuses follow.