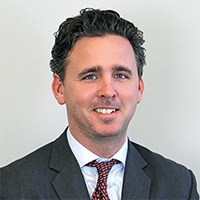 JD joined Janney Montgomery Scott in 2008. Prior to Janney Montgomery Scott, Mr. Nelson was previously an analyst with Ferris, Baker Watts, Inc. for three years in their Financial Institutions Group where he assisted in the execution of numerous private and public capital transactions, financial advisory and mergers and acquisitions.

JD Nelson received a B.S. in Applied Economics and Finance from Cornell University.

Related from JD NelsonView all