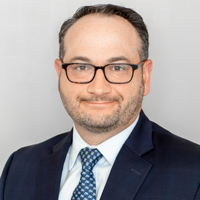 John Rowan is a Director covering the specialty finance sector in Janney Montgomery Scott’s Equity Research Group. Mr. Rowan has covered various financial institutions for over a decade, but has specialized in non-bank and specialty consumer finance companies.

Mr. Rowan started his career with Thomson Financial, and later went on to work for Wireless Capital Partners. Prior to joining Janney in 2015, he worked at Sidoti & Co., LLC, where he initially had a Midwest regional bank focus. Over the next 10+ years he diversified his coverage and focused on specialty finance companies that provided either credit, or transactional-based financial services to consumers that were underserved by the banking system.

The credit providers that fit this sector include payday and installment lenders, pawn stores, subprime auto and auto-title lenders, and rent-to-own retailers. When roughly one-third of the U.S. population is underserved by the banking system, Mr. Rowan believes in the long-term viability and necessity of an alternative finance system to serve this consumer demographic.

Mr. Rowan was ranked first for Top Earnings Estimators in the Consumer Finance category of the Thomson Reuters Analyst Awards in 2016 and 2017. He’s also been named to Intuitional Investor’s  All American Research and was ranked by The Wall Street Journal’s annual Best on The Street survey for his coverage of the specialty consumer finance sector in 2009 (5th) and 2011 (2nd). He holds a  B.S. in Finance from St. John’s University.

For a list of companies covered by John Rowan, consult Janney's Research Universe