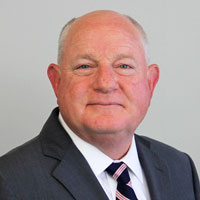 Michael McNamara joined Janney in September of 2014. He was previously at Citi Global Markets where he was a Managing Director and Head of Fixed Income Core Client and Multi-Product Sales. Prior, Mr. McNamara was a Corporate Vice President and National Account manager at PaineWebber where he oversaw National Middle Market Fixed Income sales. In addition, Mike also worked as a Vice President for Kidder Peabody where he was Co-Head of Middle Market Fixed Income sales and trading. Mike has been involved in Institutional Fixed Income Sales for over 30 years.

Mike graduated from Mount Saint Mary’s University with a Bachelor of Science in Finance and Economics. Mike holds Series 3, 7, 24, 53 and 63 Licenses