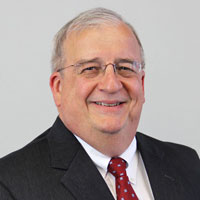 Mike Repak provides assistance in all aspects of financial, tax, and estate planning issues to Janney’s Financial Advisors and their clients. Prior to joining Janney, Mike had a solo law practice concentrating in elder law and estate planning. Previously he was a Senior Tax Manager at KPMG, and held a similar position at Arthur Andersen LLP. He also held executive positions with Estee Lauder, Inc., before and after its IPO, and worked on matters pertaining to the company, the founding family, and key executive compensation arrangements for employees in the U.S. and abroad.

Mike earned his Bachelor’s degree from William Patterson University in and has a Master’s degree from the University of Wisconsin. He has a CPA/PFS credential, and Series 7 and 66 securities licenses. He received his J.D. from the University of Florida and his LL.M. in Tax Law from NYU. He has been an adjunct professor in the MBA program at Temple University and is a frequently sought-after speaker for professional conferences and events. He is also frequently featured as a Money Doctor on www.360financialliteracy.org, the public education site of the American Institute of Certified Public Accountants. Mike has also served on several non-profit and civic boards and is a graduate of Leadership Philadelphia.

Related from Michael RepakView all