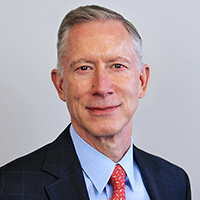 Tim became the President and CEO in August 2007 and has over 30 years of experience in the securities industry. Since his arrival at Janney, Tim has assembled a leadership team that has a tremendous ability to adapt to rapidly evolving client needs and economic changes. These top professionals lead two core businesses—the Private Client Group and Capital Markets—and ensure efficient operations and administration.