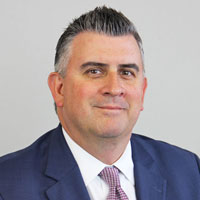 Tom Bajus brings a wealth of knowledge to Janney with over twenty years of fixed income experience. Prior to rejoining the company in 2009, he held positions at Sovereign Bank, First Albany Corp., and RRZ Public Markets.

He currently serves as Managing Director, Head of Fixed Income, where he manages over 100 professionals. His responsibilities include oversight of the Risk Management, Underwriting, Institutional Sales, Trading, and Public Finance divisions.

Tom graduated from Pennsylvania State University with a Bachelor of Science in Finance and has Series 7, 24, 53, and 63 Licenses.