Debt Ceiling Debate: What It Means for Bonds

by Guy LeBas January 25, 2023
The “debt ceiling” is a legal limit set by Congress on the amount of total debt the U.S. Treasury Department maintains.

A notion of a debt ceiling separate from explicit spending and tax instructions (also set by Congress) is a little strange. Since 2010, however, the debt ceiling has become something of a political tool in which a group of legislators holds the economy hostage in order to extract fiscal changes. When it comes to the bond markets, if the debt ceiling becomes binding in 2023, we would expect intermediate to long-term interest rates to decline and government bonds to ironically perform well in a “flight-to-quality” scenario. 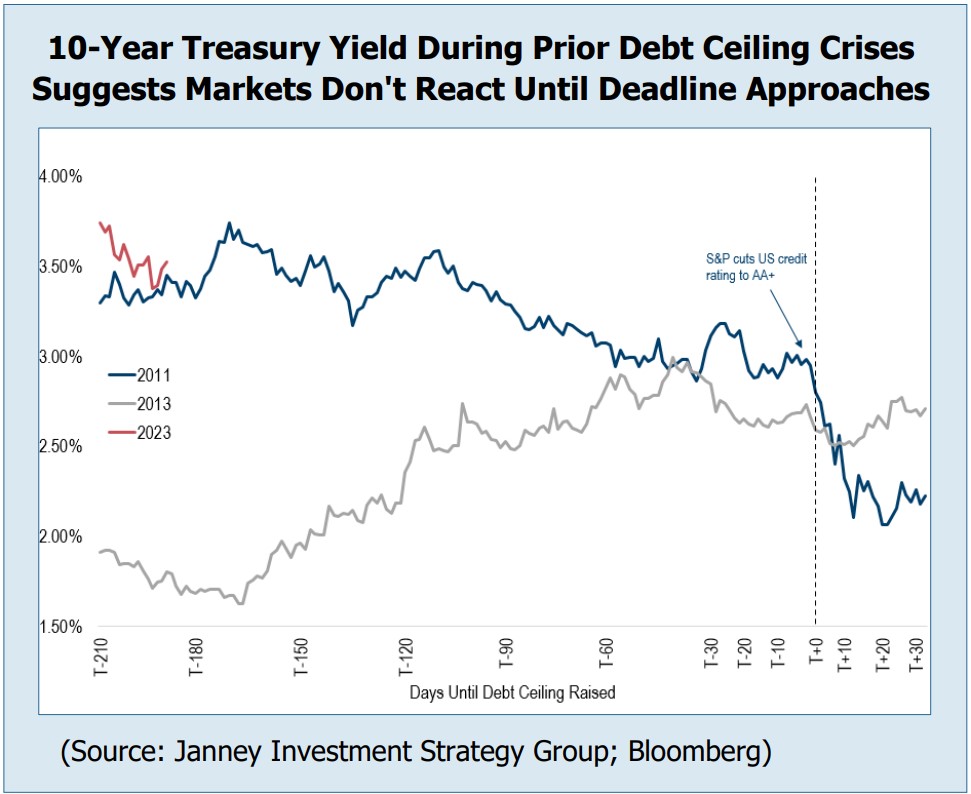 In January 2023, the U.S. Treasury bumped up against the $31.4 trillion debt limit and begun implementing emergency measures to preserve funds. With those measures, it appears the Treasury will have enough funds to maintain Congressionally mandated spending through at least June and most likely August 2023. At that point, if Congress fails to lift the debt ceiling, the Treasury will be faced with a range of unpleasant options.

The 2023 debt ceiling situation could affect the fixed income markets directly and indirectly. Direct impacts are about coupon payments and maturing securities, while indirect impacts are about economics. When there is insufficient cash in the Treasury’s accounts on a given date to make a payment, they normally borrow the needed difference, but if the debt ceiling is binding, that option is unavailable. One theoretically possible result is that the Treasury fails to pay, or defaults, on some of its outstanding bonds. While the U.S. has “accidentally” defaulted on debt owing to administrative error, there has never been an economic default.

How the Situation Could Take Shape

It is impossible to know for certain how a technical default on U.S. debt would play out. On the positive side, market participants do not have serious long-term worries about the United States’ solvency, so most would view the technical default as a short-lived problem. During the last debt ceiling showdown, the Federal Reserve proposed behind the scenes that they would be willing to lend against defaulted Treasuries. For example, an institution that held a defaulted Treasury bill could pledge that bond to the Fed, and the Fed would pay the full face value back to holder. From bondholders’ perspectives, yes, there would be a default, but holders will still have their money back.

Again, the indirect impacts of a debt ceiling breach on bondholders are about economics. Deficit-financed spending represented about 5.5% of nominal GDP in 2022. If the debt ceiling becomes binding, in theory, the U.S. economy would face a nominal 5.5% contraction even before accounting for knock-on effects. For context, during the 2008-2009 “Great Recession,” the peak-to-trough decline in nominal GDP was about 3.5%. A sudden reduction in federal spending is severely contractionary for the economy.

When it comes to the bond markets in periods of economic contraction, we typically see a flight-to-safety out of risk assets such as equities and corporate bonds into safe-haven assets such as longer-term Treasuries. Ironically, even if a binding debt ceiling creates technical default risks, it also is likely to spur demand for government bonds and push interest rates down. That theme is consistent with the experience of other debt ceiling conflicts over the past two decades, although markets rarely seem to react until the deadline approaches. By way of example, in 2011, as that year’s debt ceiling crisis came to a head, S&P cut the U.S. credit rating to AA+, interest rates fell, and high-quality bonds including Treasuries rose in price. While we are months from a similar problem in 2023, the experience, if the debt ceiling deadline approaches, should be similar. 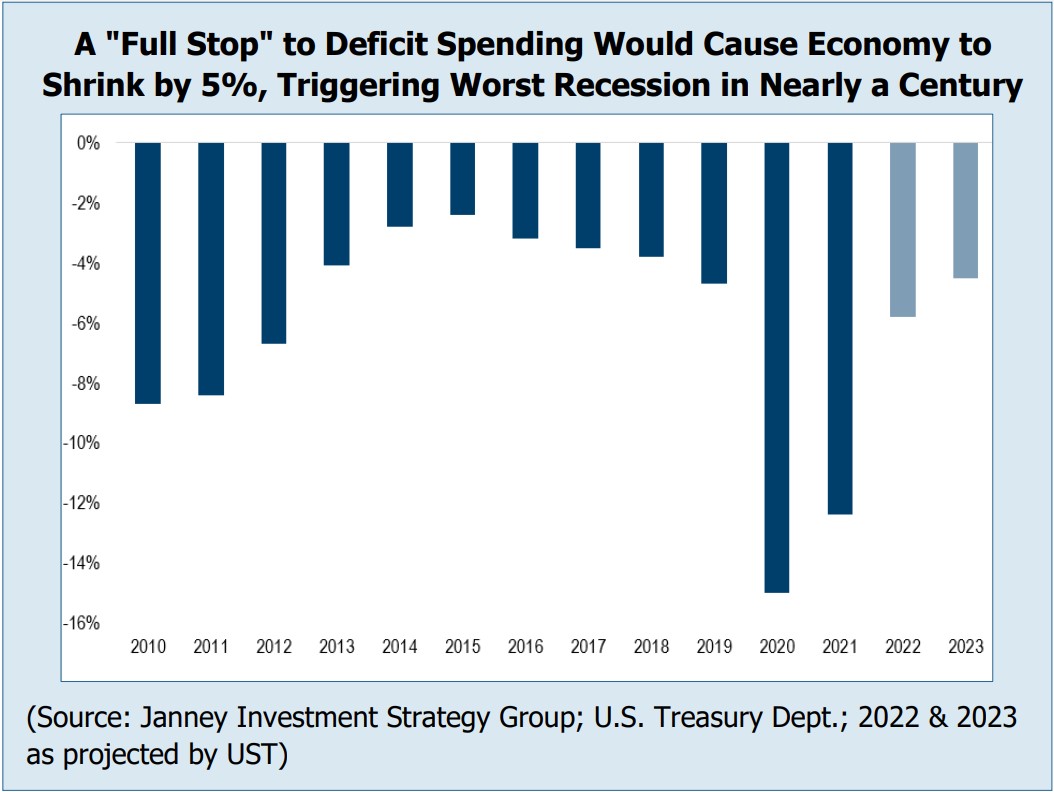 There are major downsides to the U.S. breaching its debt ceiling, both in terms of technical default on shorter-term Treasuries and in terms of severe economic downside risks. One piece of good news for 2023 is that the issue is top-of-mind early in the year, whereas the debt ceiling would not become binding until the third quarter at the earliest. More significantly, however, the economic pain a sudden halt to federal payments could cause creates a powerful incentive for lawmakers to work together to ensure that the debt ceiling does not interfere with our nation’s functioning.