by Gregory M. Drahuschak January 25, 2023
Once again, as has happened multiple times through the years, headlines are increasing about the potential ills of the U.S. running afoul of its debt limit.

This has bred fear among investors that the supposed dire circumstances could decimate the economy, the equity market, and their portfolios. Historically, these worries have led to outcomes far removed from what these fears would suggest.

Current economic, market, and legislative conditions most closely resemble those in 2011, with the party controlling the executive branch facing a politically split Congress. The clash of ideologies about government spending in 2011, which also is a key issue now, threatened to lead to the unthinkable that the U.S. ever would fail to make good on its indebted obligations. 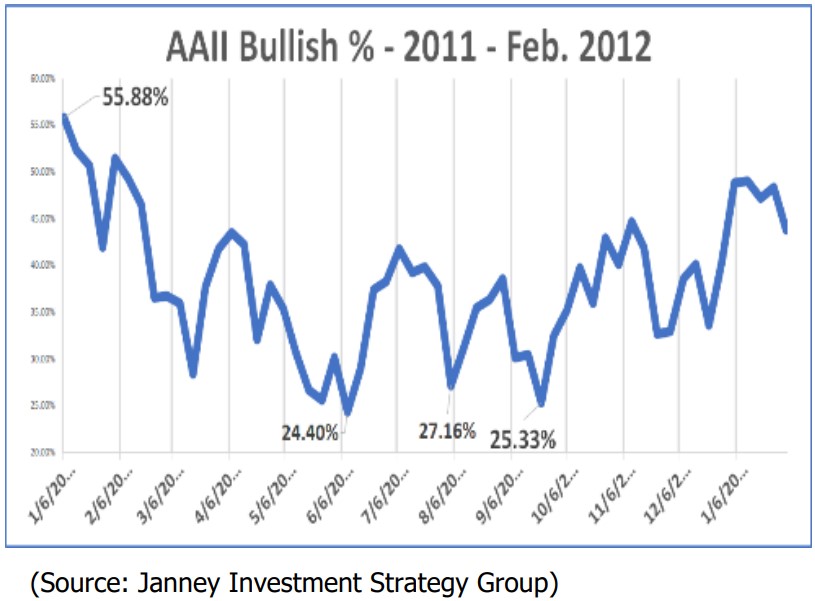 The fear of a default was palpable in 2011, which was best expressed by the widely followed sentiment measures. The American Association of Individual Investors (AAII) sentiment survey showed a majority of survey participants holding a bullish market view. As both the temperature and default worries heated up by mid-summer, the percentage of bullish investors was less than half what it was on New Year’s Day.

Investors seeing the drop in the S&P 500 from early August to its ultimate low might argue that selling and rebuying would have made sense then and perhaps it would now if the debt ceiling debate intensifies. This, of course, implies impeccable timing. Even selling just before a market drop, investors are faced with the second and equally important decision of when to go back into the market.

As the AAII sentiment data show, sentiment around the final market low in 2011 was extremely low, which for most market timers would have prevented them from recommitting funds. As the rally unfolded, they likely would be afraid that a second downturn could move the market to its ultimate low, which they probably would not recognize already had been reached. Massively elevated volume around the time of the market low confirmed that, as often happens, many investors panicked at or near the low.

The wise course of action historically and we think now is to stay the course and be watchful for opportunities a downturn might produce.