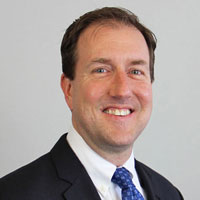 Dan Wantrobski is Technical Strategist and Associate Director of Research at Janney Montgomery Scott and has over 20 years of industry experience as a technical analyst and strategist.

Mr. Wantrobski spent the first 10 years of his career at Paine Webber and UBS, where he developed his expertise as a technician and macro strategist following the equity, fixed income, commodity, and currency markets. He has also spent time at Fox Pitt Kelton, Bedford Quantitative, and New Albion Partners. From 2008 to 2016, Mr. Wantrobski served as Janney’s technical strategist.

Mr. Wantrobski regularly comments in the media on key issues arising in the industry, with appearances in outlets such as The Wall Street Journal, Reuters, The Philadelphia Inquirer, CNBC, Fox Business, and Bloomberg TV. He is also a frequent speaker at financial industry conferences, including the Ernst & Young Annual Firm Conference where he has served as a guest speaker for the last five years.

He currently resides in Moorestown, NJ where he volunteers as a firefighter with Relief Engine Co. 312.