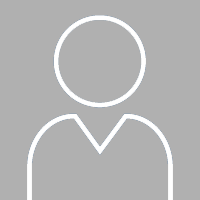 Kirwan Elliott is a Managing Director in Janney’s Municipal Capital Markets group based out of the Philadelphia office. As a Managing Director, he is responsible for all aspects of project and client management. Kirwan has 16 years of public finance experience. During this time he has had extensive experience working with the City of Philadelphia, including working as a member of the financing team for each of the City’s credits (GO, PAID, PMA, PRA, PWD, PGW, and the Airport) on issues with an aggregate par amount in excess of $4.05 billion.

Prior to joining Janney in May 2010, Mr. Elliott spent eight years as a financial advisor at Public Financial Management and as an investment banker in the Municipal Securities Group at UBS. During this time Mr. Elliott created detailed financial models to evaluate various general obligation and revenue bond financing structures including callable and non-callable fixed rate bonds, variable rate demand obligations, and auction rate certificates. In addition, Mr. Elliott was involved in writing proposals, participating in oral presentations, coordinating with rating agencies, insurers and other credit providers, and legal counsel in structuring, pricing, and closing transactions.

Kirwan graduated from Georgetown University with a BS in Business Administration with concentrations in Finance and International Business as well as a minor in Government. In addition, he currently holds Series 7 and 63 licenses.